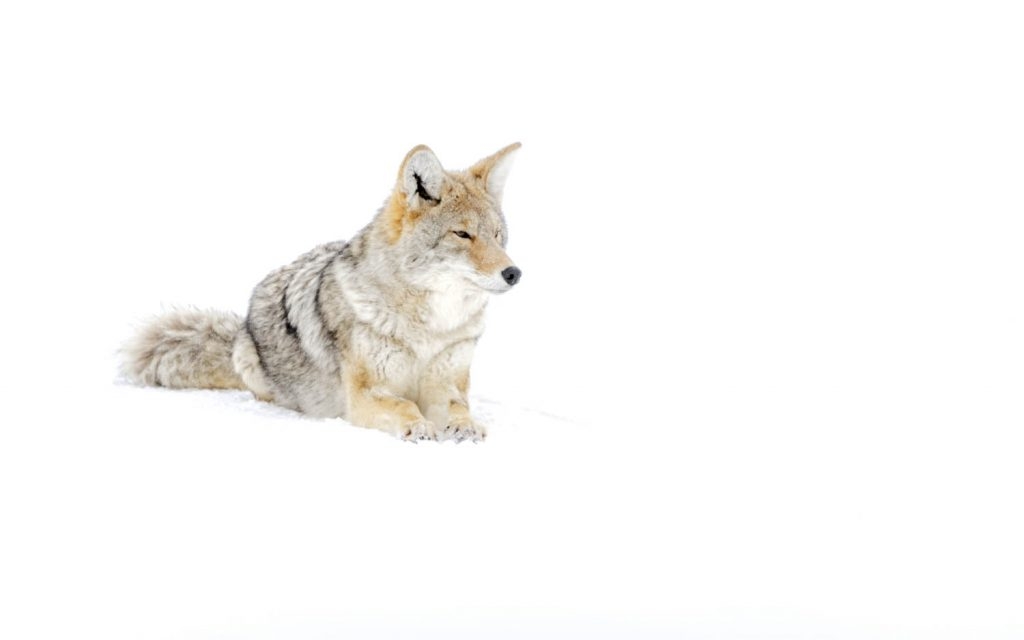 Finding Yourself in the Mountains

Dale Evans was deployed to Iraq when he landed his first Wyoming elk hunting tag. Originally from Florida, Evans put in for the tag when he realized he’d miss hunting season back home in the states. That fall, 2010, he spent more than two weeks in the backcountry outside of Dubois, Wyoming, shooting a bull elk on day 15. During that trip, he fell in love with the West.

In 2014, Evans left the military at age 29 after just over 10 years of service. A few months later, he wound up in Laramie, Wyoming, with his dog, outdoor gear, and the DSLR camera he’d bought the day before moving cross-country.

“Being in the military at such a young age, I didn’t get to learn who I was as a person, so when I moved out West, it gave me that. Living on my own, without knowing really anyone, I would just load up my truck, put the dog in the back, and go out into the mountains. It was like, ‘this is what I want to do with my life and who I want to be. I want to be outdoors as much as I possibly can.’”

After earning a bachelor’s degree from the school of film and photography at Montana State University in 2019, Evans settled outside of Belgrade with his wife, Cara. Wildlife photography has taken him around the Western U.S. and Alaska as a contributor to the Rocky Mountain Elk Foundation, Wild Sheep Foundation, Field & Stream, Yeti, and other outdoor brands, and he now works full-time producing hunting, fishing, and conservation content for On Your Own Adventures.

“Every single day I wake up, I’m happy. It’s so crazy how just being out West was able to bring me back to center.” 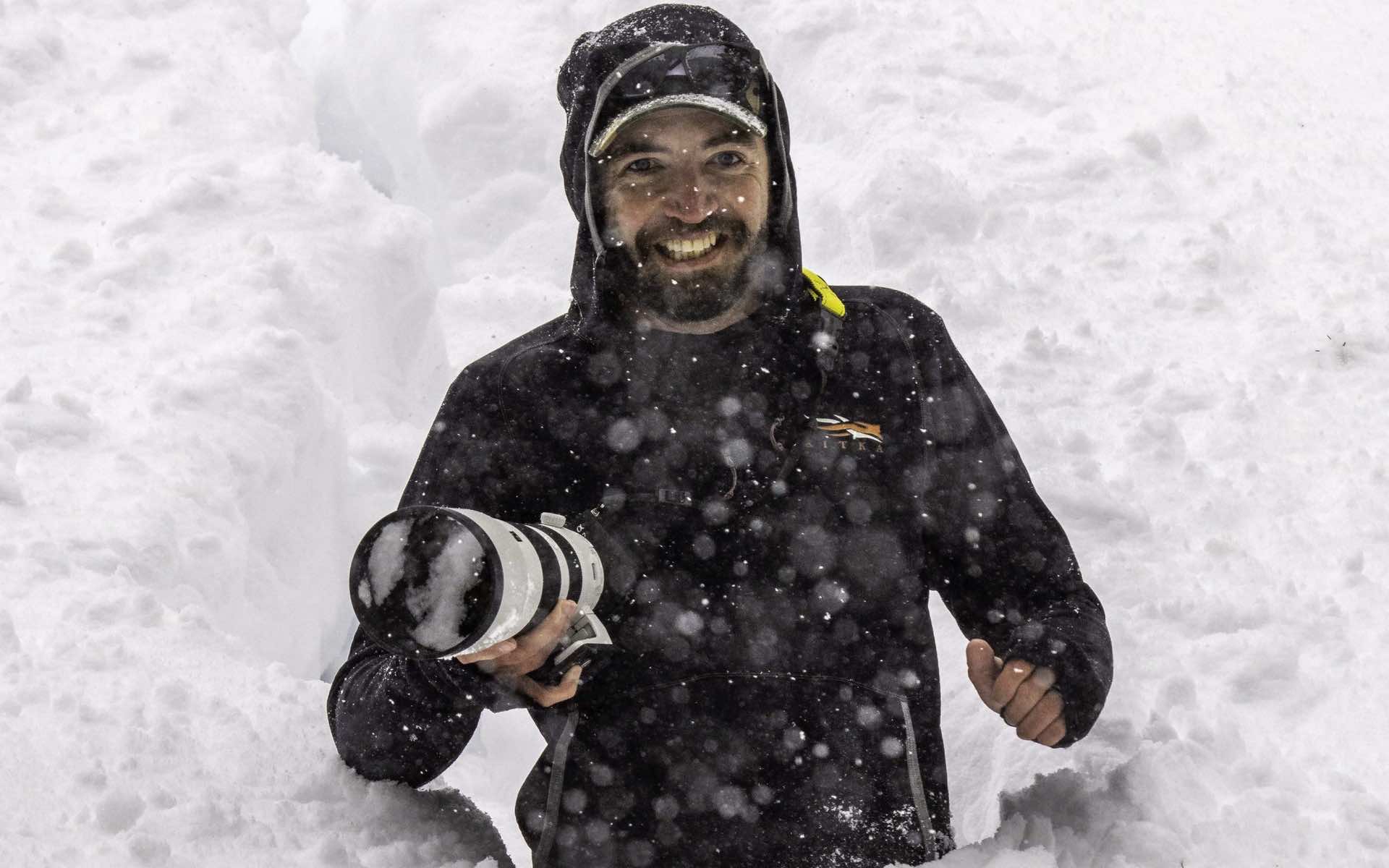 I grew up hunting whitetail deer, hogs, and turkeys in Florida and Georgia. My stepdad first took me hunting when I was 5, and I started hunting, myself, at 12. That’s why I love photographing wildlife. I get to spend so much time with animals and learn their behaviors and movements. My hunting background made me a better photographer, and being a photographer made me a better hunter.

What was your job in the military?

I was a JTAC (Joint Terminal Attack Controller), so I was on the ground with Army units, Marines, and Navy Seals controlling fixed wing and rotary wing air strikes on enemy targets. My shortest deployment was six months and my longest was a little over nine. I got to see many different parts of the world and a lot of the Middle East.

How did your military experience influence you and your photography?

It truly made me who I am—the type of person that can go with the flow and figure it out when I get there.

Have photography and nature helped you process the experiences you had in war?

When I’m outdoors, it keeps me calm and in a good headspace. That’s why I wanted to pursue this type of career where I’m able to live in a beautiful place and do what I love every day.

Let’s talk about your photos. Tell me about the coyote.

That was down in Yellowstone on a snowy day in January. It was probably negative 10, and there weren’t many people around. I stopped to take some bison photos, and I saw this lone coyote slipping through the sagebrush. I was out of my vehicle and made a loop out in front of it, then kneeled down. It came up to about 50 yards. I think it picked up that I was there, and it sat down for a second and was looking at me. Then it lays down in this fresh blanket of snow with a whiteout around it. It was right place, right time.

What was it like taking that mountain lion photo?

The lion knew I was there and was checking me out and keeping its distance. It knew it was the apex predator in the area, and it never looked at me as a threat. I tried to keep a low profile—just get my images and let it do its thing. When you get that opportunity, what I’ve learned is don’t overstay your welcome.

I’ve always wanted to photograph a great gray owl, but that day I was chasing elk in September during the rut. I was walking through an aspen stand, going toward where I heard some bulls bugle, and up from the ground comes this great gray owl that was feeding on a mouse. I spent five minutes with it, taking these photos. It was such a cool experience to hang out with this animal and, like I said earlier, not overstay my welcome. I don’t want to alter this animal’s behavior. Rather than trying to get it to do something for you, let it be natural and document it, because that’s where you’ll get your best images. 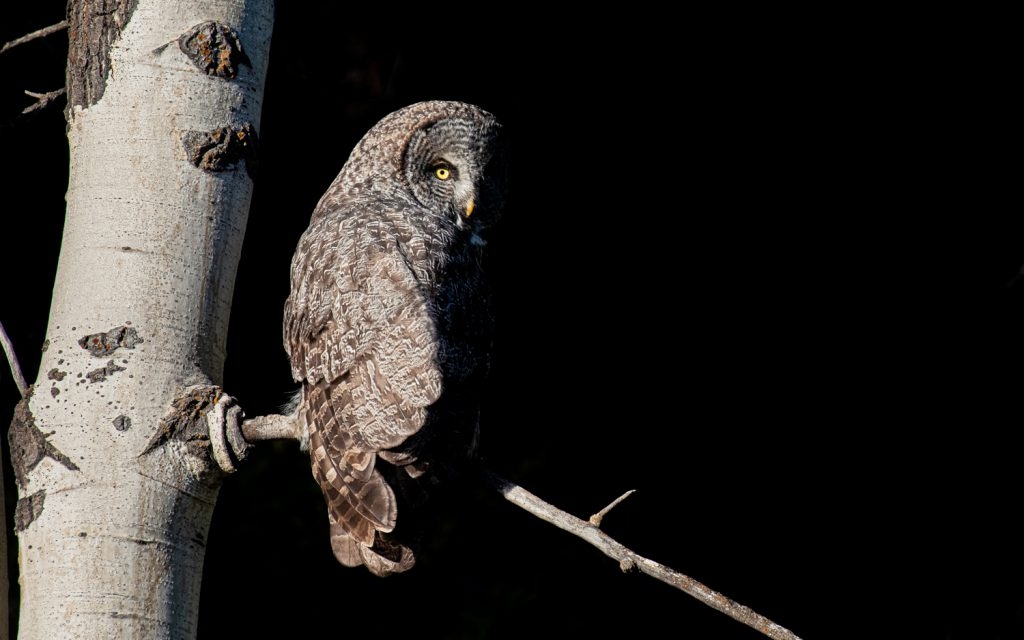 In your mind, why is it important to protect the Greater Yellowstone Ecosystem?

I can leave my house and be on the river in less than 10 minutes or be in the mountains in less than 20. Every single day of the year, I could go find animals to photograph, go fishing, or go on some fun adventure. We’re so lucky because there’s so much public land here, and that’s a big driving force for me.

Find more of Dale Evans’ work on Instagram. Read more about the Forever Project and the photographers involved in the Swift Current 6 chairlift chairbacks here.