As a kid growing up in New England, I always hoped to see Dan and John Egan—famous extreme skiers and locals at my home hill—while I rode the chair. Those stars never aligned for me, but the ones that did were even better when I joined a Dan Egan Steeps Camp at Big Sky.

Founders of The North Face Extreme Team, the Egans starred in 12 Warren Miller movies from 1985-1994, skiing daring lines in remote locations worldwide. In 1999 Powder magazine named the brothers among the most influential skiers of our time, and last year, they were inducted into the U.S. Ski and Snowboard Hall of Fame.

Skiing with Dan—indeed doing anything with him—is an affirmation of everything that is good about our sport. First: The Grin. When he’s skiing, or teaching skiing, his love for it is writ large on his face, and in
his rock-solid technique. 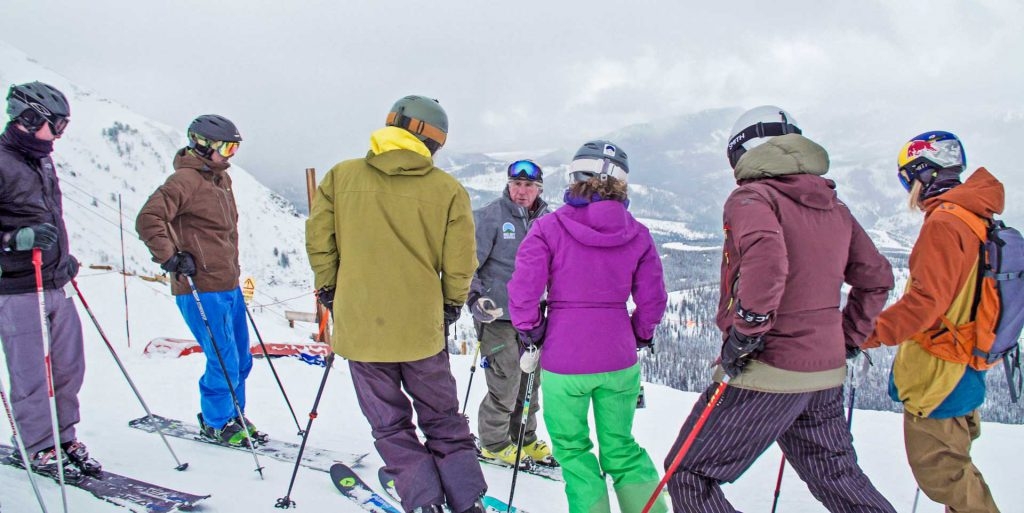 Dan has been teaching steep camps for more than 20 years, and he’s one of those people who knows how to make you feel comfortable—on your skis, and in your skin. That, in fact, is his teaching method.

“I come at skiing with a little different approach,” Dan said. “I teach the psychological side of skiing. …People [might be] nervous about certain trails or descents. They want to know how to control their acceleration or learn the strategy and tactics for skiing the North Summit Snowfield. That’s where I fit in.I give the Cliffs Notes on how to get down. How to keep up. How to hang with your friends and not feel pressured.”

He focuses on mindfulness, relaxation, and breathing first, then technique, athleticism, and balance. An electrified current of positivity runs through it all.

“When I was looking for a West coast home, Big Sky was a great fit,” said Dan, who lives mostly in New England but spends more time in Montana every winter. “It’s the closest thing to Europe in the Lower 48. It’s got amazing snow consistency. It’s got the steeps, couloirs, and the Headwaters. There is so much terrain and such a variety of terrain here. … And there’s never any lines.”

At the Early Bird Camp in December, the group skied all over the mountain—from Challenger to Lone Tree to Liberty Bowl. “It was amazing because the Peak was open and we had great snow.”