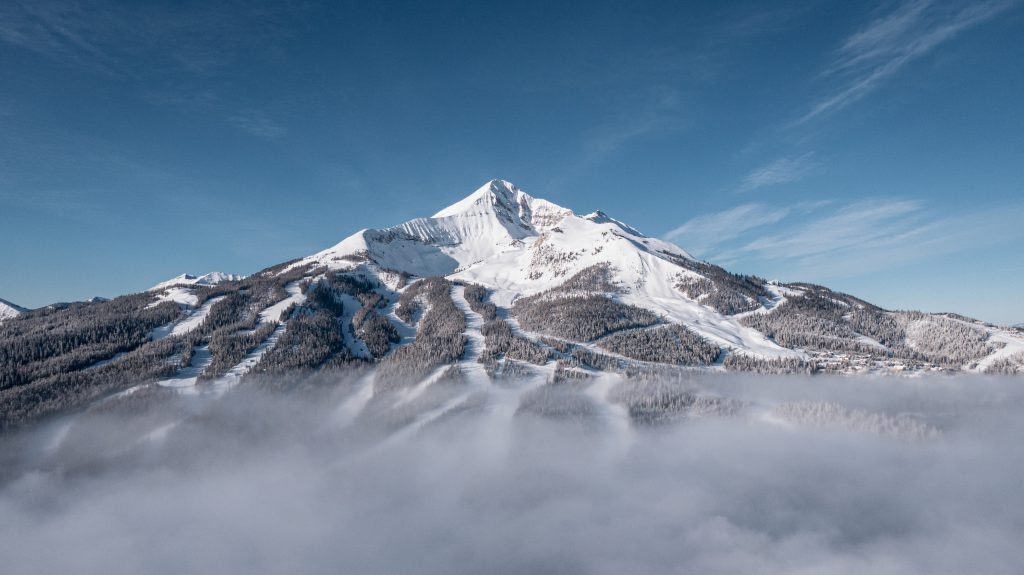 From a window on the third floor of the Huntley Lodge, Patrick Conroy watched as a big bull moose chased a cow moose on Silver Knife ski run. The resort’s staff videographer, Conroy grabbed his camera, ran downstairs, and started hiking. Keeping a safe distance and out of sight, he framed up one photo, zooming in with a 400-mm lens right before the bull disappeared into the trees. 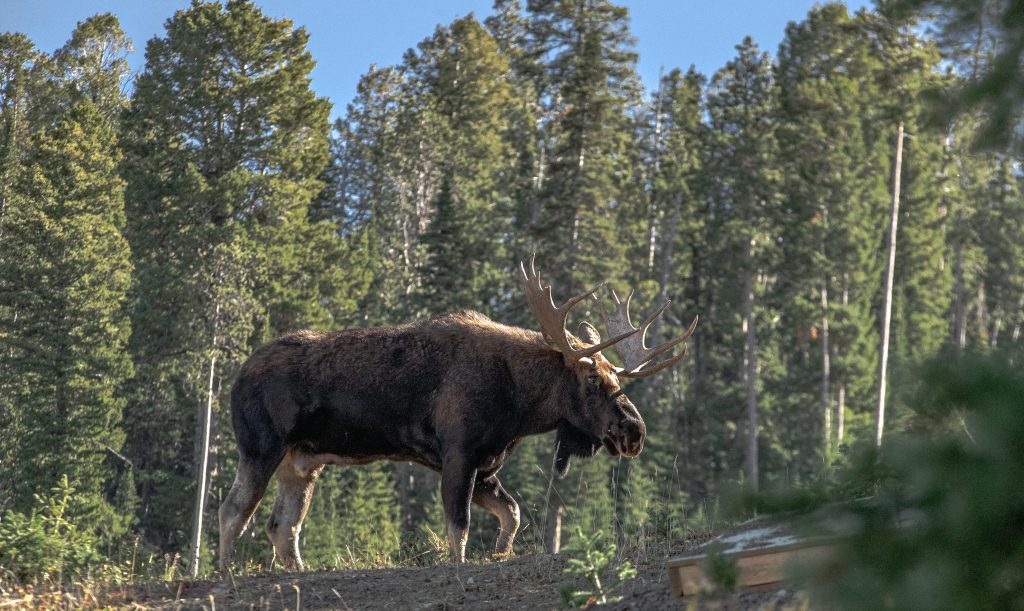 Embodying the moose’s rugged power, that image is one of 13 stunning photographs of area wildlife that grace the downhill-facing side of the new Swift Current 6 chairlift seatbacks. Several are Conroy’s, while three other local photographers took the rest.

The chairback photos are the biggest display yet of the ForeverProject, an initiative by Big Sky’s parent company, Boyne Resorts, committing all of its 13 properties to sustainable business practices, including reaching net zero by 2030. The project was originally born in Big Sky in 2019 out of an understanding not only that the resort and the Big Sky community at large depend on the wild places surrounding us, but also of our impact on this incredible place.

The 250,000-acre Lee Metcalf Wilderness encircles Big Sky on three sides, and the Gallatin National Forest hems the fourth. The snow you ski on Lone Peak melts into the Gallatin River, a headwater of the Missouri River. These rivers and wilderness and the wildlife that inhabit them are part of the Greater Yellowstone Ecosystem, one of the largest nearly intact temperate ecosystems on Earth. Spanning 18 million acres in southwest Montana, eastern Idaho, and northwest Wyoming, this vital, interconnected web of living beings is a rare place indeed.

From 11,166 feet in southwest Montana, it’s clear that what we do matters. And not only for Big Sky, but also for our neighbors in the Greater Yellowstone Ecosystem and so much of the nation downstream.

Alongside the ForeverProject launch in February 2021, Boyne purchased RECs through CMS Enterprises to offset all electrical energy company-wide. But RECs—or renewable energy credits—aren’t the perfect solution, as they don’t actually remove emissions, so alongside that, leaders of both Boyne and Big Sky have been using their weight to push for renewable energy on both the local and national stage. The resort participates in the National Ski Area Association’s climate and sustainability programs, which require emissions reporting, further climate advocacy, climate outreach, reductions in energy use, and contributions to habitat health, among other things.

“The resort has the opportunity to lead the greater Big Sky community by setting an example for what we should all be striving toward,” said Lizzie Peyton, community engagement director for the Big Sky Sustainability Network Organization, a new independent nonprofit working to advance sustainability and environmental initiatives.

“There’s a lot of psychology in how you change societal norms, and mostly it’s not big drastic changes. It’s by little nudges,” said Peyton, who has lived in Big Sky on and off for 19 years and whose eclectic professional background includes roots in social justice. “Committing to this larger goal of the ForeverProject makes those all-important smaller projects more intentional and feasible.”

The chairback photos are one of those nudges.

By putting wildlife front and center, they show what’s at stake for the resort and this community. They show the why behind the ForeverProject.

Combined, Bauchman, Post, and Evans have spent thousands of hours photographing wildlife in the region, in the process learning about animal behavior, as well as how humans’ presence in the region affects them.

Each of the three stories in this series focuses on one of the photographers—their work, their stories, and their passion for protecting the Greater Yellowstone.

Learn more about Patty Bauchman in, “Love Thy Neighbors (Big Sky-based photographer Patty Bauchman on protecting the elk, bears, foxes, and other wildlife in and around Big Sky).”

Learn more about Charles Post in “The Imperative of Ecosystems (Ecologist and Explorers Club Fellow Charles Post on what we’ve lost and how much we still have left to save).”

Learn more about Dale Evans in “Finding Yourself in the Mountains (Air Force veteran and wildlife photographer Dale Evans on the healing power of nature and being in the right places at the right time).”